The Editorial Diagonal was created on 2001 by Pere Sureda, at the same year was denominated General Director of Edicions 62, in Jordi's Capdevila replacement.

It finds any documents in the collection of Edicions 62. 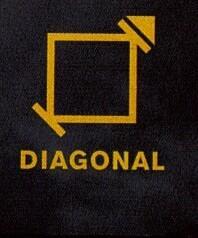 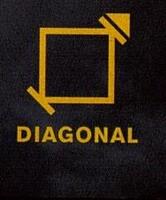 The Editorial Diagonal was created on 2001 by Pere Sureda, at the same year was denominated General Director of Edicions 62, in Jordi's Capdevila replacement.

Pere Sureda created new firms and publishing houses, in his function of general director of Edicions 62, with the eagerness to expand and increase the edition in Spanish language. In 2003 with the editor Ernest Folch, made a reduction of publications and the firms focused to the Spanish literature. After that he focused the production to the Catalan language.

The Editorial Diagonal was dedicated to the publication of narrative and published a hundred of works. Since 2003 this publishing house derived in a children's book collection within Grup 62.

The Editorial Diagonal had several collections despite its brief journey.

Work of science-fiction divided in six chapters, of similar extension, except the last one that it is shorter. The protagonists lives in a destroyed world and they will be those that will have to recreate, utopian. The work was adapted for television and cinema (2015). Until now, it is one of the most read works of the contemporary Catalan literature, especially between the juvenile sector.

The work is a mixture of a historical novel, of adventures, romantic, of mystery and intrigue. Relate the life and the fights that will carry out the protagonist, that will leave to Zanzibar. It will reach the island with the idea to live in a paradise, but soon will notice that the island it was impoverished, violent and corrupt, where still there is traffic of slaves.

Work directed to the consumers of teenage novel, of mystery, thriller and witchcraft. The work treats a group that believe wicca, where the three protagonists engage to study witchcraft during a year. But one of them begins to suffer nightmares, on a missing girl, asking her for help. After a while, these dreams derive in visions, and at the same time these in a presence fantasmal, increasingly real.

Detective, mystery and intrigue novel. The protagonist, Darwin will receive calls to all hours, since it is necessary his presence in scenes of complicated accidents, since it is expert in reconstruction of accidents, using the science. Never gets involved emotionally in his work, but a series of events will make it get involved and have to use his dark past to be saved.