Founded by Frederic Rahola i d’Espona and Jaume Vicens Vives, Teide was born with the mission of publishing school materials and books.

More information and documentation on the works produced 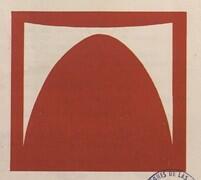 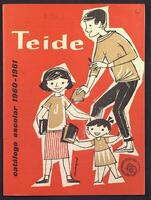 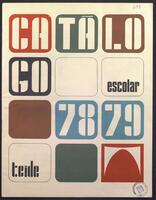 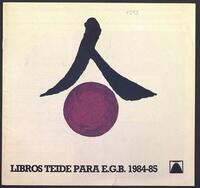 Founded by Frederic Rahola i d’Espona and Jaume Vicens Vives, Teide was born with the mission of publishing school materials and books.

Its first publications were maps, geography textbooks and atlases which brought about a renewal in the Catalan educational publishing market. Later, in the 1950s, it published Índice Histórico Español (1953) with the University of Barcelona, History de la literatura catalana (1955) by Joan Ruiz de Calonja and Pompeu Fabra’s Gramàtica catalana (1956). With the increase in the production of textbooks all over Spain, the creation of guilds of textbook publishers and cooperation between publishers and government authorities, Frederic Rahola was appointed a member of UNESCO and Teide co-issued this organisation’s publications in Spain.

Later on, in the 1960s, Teide continued to grow and expand around Latin America. It also became the exclusive representative of publications in Spain and issued educational books and literature in Catalan, including Beceroles, La Catalunya vella by Josep Pla and Poemes de Kavafis by Carles Riba.

In the ensuing decades, the publisher continued to issue educational textbooks, but it also added dictionaries and monographs on historical figures. It gained ground as a benchmark publisher of textbooks at all levels of education, from primary to baccalaureate. Today it is continuing this same editorial line and has added electronic media for instructors, with teaching guides, exercises, tests and curricular projects.

The numerous authors published by Teide include contemporary and classic names, along with education professionals.

What stand out are Teide’s numerous education and popular informational books, as well as texts on all topics and subjects at different educational levels, as well as works containing essays and art for university students.